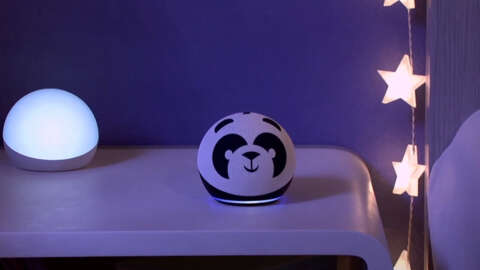 Amazon has demoed a new experimental feature for its AI assistant Alexa, which allows the device to mimic the voice of a deceased relative. Shown off at its annual MARS conference, a video showed Alexa reading a bedtime story in the voice of a dead grandmother.

“As you saw in this experience, instead of Alexa’s voice reading the book, it’s the kid’s grandma’s voice,” said Amazon’s head scientist for Alexa AI Rohit Prasad (via The Verge). “While AI can’t eliminate that pain of loss, it can definitely make their memories last.”

Amazon claims that its system can imitate a voice with just a single minute of recorded audio, adding a human element layer to its AI systems. The company has yet to confirm if this feature will ever be made public, but there are alternatives in use today in the film and TV industry that are known as audio deepfakes. For example, small verbal flubs in podcasts can be fixed with software that allows an audio engineer to clone a voice and edit the line with an AI-generated replacement.

Prasad added that the feature could allow customers to have “lasting personal relationships” with deceased family members, and when combined with AI chatbots and video avatars, it’s an idea that is feasible. Whether people are ready to have one-on-one conversations with virtual versions of departed family members, is another question entirely.

Extraction 2 Is “Very Different” From The First One, Writer Says

Cuphead: The Delicious Last Course – How…