Extraction 2 Is “Very Different” From The First One, Writer Says 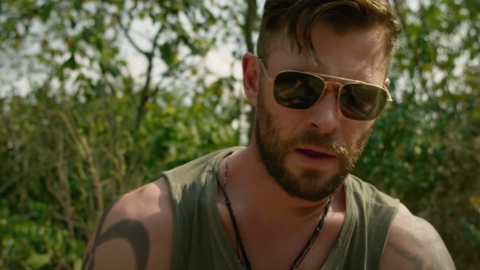 Extraction 2, the sequel to one of Netflix’s most popular movies of all time, is in the works, and it’s expected to be “very different” from the 2020 film.

Writer Joe Russo (Avengers) said in an interview with Collider that the film will stand alone from the first movie in a number of ways, including its setting and tone. “It has a different color schematic. It’s set in a different part of the world. It has a different pace, a different tone than the first one. And that, to us, is an interesting way to approach serializing a story, is that it’s more surprising and unexpected, and you’re not going to get the exact same movie that you got the last time out,” Russo said.

Fans may recall that the first Extraction included an epic 12-minute long one-shot action sequence, and viewers will surely be hoping the sequel delivers on the action front as well. Director Sam Hargave, a stunt veteran who made his feature him debut with Extraction, returns for the sequel.

Reaching 99 million homes over its first four weeks, Extraction is among Netflix’s most popular movies of all time. Hemsworth’s character, Tyler Rake, was presumed dead at the end of the first movie, but he did in fact survive and his story will continue. Beyond the sequel, there could be spin-offs, Hargrave has said.

Filming on Extraction 2 wrapped up in April, but as of yet, Netflix has not announced a release date or published a trailer for the sequel.

12 Unbelievable Things In The Games Industry That Actually Happened