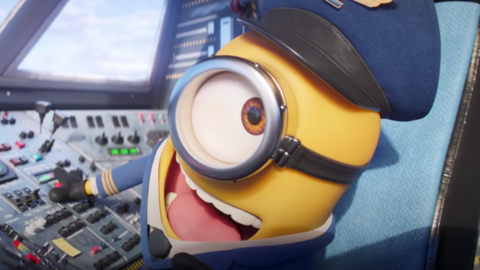 The new Minions movie Minions: The Rise of Gru debuts in theaters this weekend, but it opened on Thursday with a first night of previews, and the film got off to a very good start.

The movie pulled in $10.75 million in the US on Thursday, which is the biggest Thursday during the pandemic for an animated movie, according to Deadline. For comparison, 2015’s Minions made $6.2 million for its Thursday previews. That movie ended up with $46 million on its opening day and $115.7 million for the first weekend in the US.

For the full weekend, Rise of Gru could make as much as $100 million, according to Deadline. This would be the biggest opening weekend for an animated movie during the pandemic, outpacing the current record-holder, Sonic the Hedgehog 2 ($72.1 million).

The production company behind Rise of Gru, Illumination, is also making 2023’s Super Mario movie starring Chris Pratt as the voice of the plumber. Pratt recently spoke about the movie, saying his Mario voice is “unlike anything” fans have heard before.