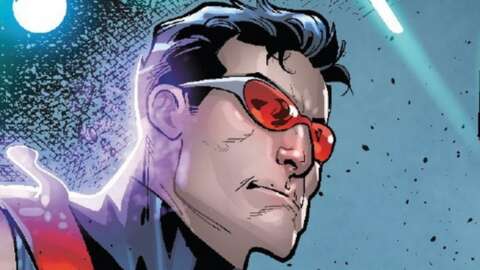 Marvel is reportedly moving forward on a live-action series adaptation of Wonder Man. According to The Hollywood Reporter, Destin Daniel Cretton (Shang-Chi and the Legend of the Ten Rings) will team with Andrew Guest (Brooklyn Nine-Nine, Community) to bring the show and character to episodic life.

Guest will serve as head writer for the series, though neither Marvel nor representatives for Guest have issued an official comment or response. Guest previously served as a consulting producer on Hawkeye, and given his resume–which also includes 30 Rock–he will likely bring a comedic flair to the project. The Hollywood Reporter is indicating that the series could begin filming as early as 2023.

In the comics, Wonder Man’s secret identity is Simon Williams–the son of a wealthy industrialist whose company suffers mightily due to competition from Tony Stark’s Stark Industries. Seduced by the dark side in villain Baron Zemo, Williams is gifted superpowers and after repeatedly facing off against the Avengers–ultimately winds up joining their ranks.

On the small screen, She-Hulk: Attorney At Law is up next and debuts on Disney+ on August 17. Tatiana Maslany stars as She-Hulk, and the series will feature Mark Ruffalo reprising his role as Hulk.